Friday the 11th of February marks the International Day of Women and Girls in Science. During this historic day, people around the world are recognising the role of women and girls in the field of science, not only as beneficiaries but as agents of change. Join us as we venture back in time to explore what STEM-ed the movement and celebrate those leading innovation at Antibody Analytics – and beyond.

Founded in 2015 by the United Nations General Assembly, this day was set up to recognise the critical role women and girls play in STEM-related fields. Still, more often than not, women are severely underrepresented in science. According to UIS data, less than 30% of the world’s researchers are women.

As scientists, we have a responsibility to help women and girls recognise their potential. To commemorate the seventh International Day of Women and Girls in Science, we’re celebrating seven pioneering women who, with their talent and determination, have helped shape the face of science.

Katherine Johnson
Katherine Johnson loved to count. “I counted everything. I counted the steps to the road, the steps up to church, the number of dishes and silverware I washed … anything that could be counted, I did.”
Johnson’s love for mathematics blazed the trail for human spaceflight. Well-known for her aeronautics work at NASA, Johnson calculated the trajectory that helped the US launch its first astronaut into space in 1961 and safely land Apollo 11 on the moon in 1969.

Marie Curie
Marie Skłodowska Curie is a woman of many firsts: she was the first woman to win a Nobel Prize, the first (and only) woman to win two Nobel Prizes, and the first female professor at the University of Paris. She stood out not only for her expertise and innovation but as an influential woman in science. Curie’s ground-breaking research in radioactivity significantly contributed to the development of anti-cancer therapies.

Rachel Carson
Rachel Carson saw the need for science to work with nature. She catalysed the global environmentalist movement with her 1962 book, Silent Spring. Carson studied the impact of chemical pesticides and fertilizers on the environment. Her book contributed to a nationwide ban of pesticides and ultimately led to the creation of the US Environmental Protection Agency (EPA).

Segenet Kelemu
Segenet Kelemu was a rebel with a case. “In my village, girls were married off at a very young age, but luckily I was too rebellious for anyone to arrange a marriage for me.” Kelemu is an Ethiopian scientist, renowned for her research in molecular plant pathology. She helped smallholder farmers across the globe grow crops and rise out of poverty.

Vera Rubin
Vera Rubin reached for the stars. In 1965, she became the first woman to observe at the Palomar Observatory. Here, she studied galactic rotation curves and uncovered the discrepancy between the predicted angular motion of galaxies and the observed motion. This phenomenon became known as the ‘galaxy rotation problem’ and was confirmation of the existence of dark matter.

No discussion of female empowerment is complete without mentioning some of the incredible talent we have seeded in the Antibody Analytics team. Join us in celebrating our Marketing Director, Adele Hannigan and Junior Scientific Support Operative Rebecca McNiven.

Rebecca McNiven
That’s one small step for woman, one giant leap for womankind. Rebecca McNiven is Antibody Analytics first apprentice. Inquisitive by nature, McNiven’s practical understanding of anatomy led her into the realm of science. Since starting in 2021, Rebecca has already contributed to cell culture, reagent preparation, documentation, and quality assurance.

Adele Hannigan
Adele Hannigan is an asset to Antibody Analytics. As a skilled scientist with experience in both academia and the biotechnology industry, Adele’s knack for scientific writing and commercial know-how has significantly contributed to the immunology industry.

Antibody Analytics is suffused with female talent. We are honoured to house a team built on equity, diversion and inclusion which recognises the significance that women and girls bring to the science, technology, engineering and mathematics industries.

Do you want to make an impact in science? Join our team of pioneering female scientists. 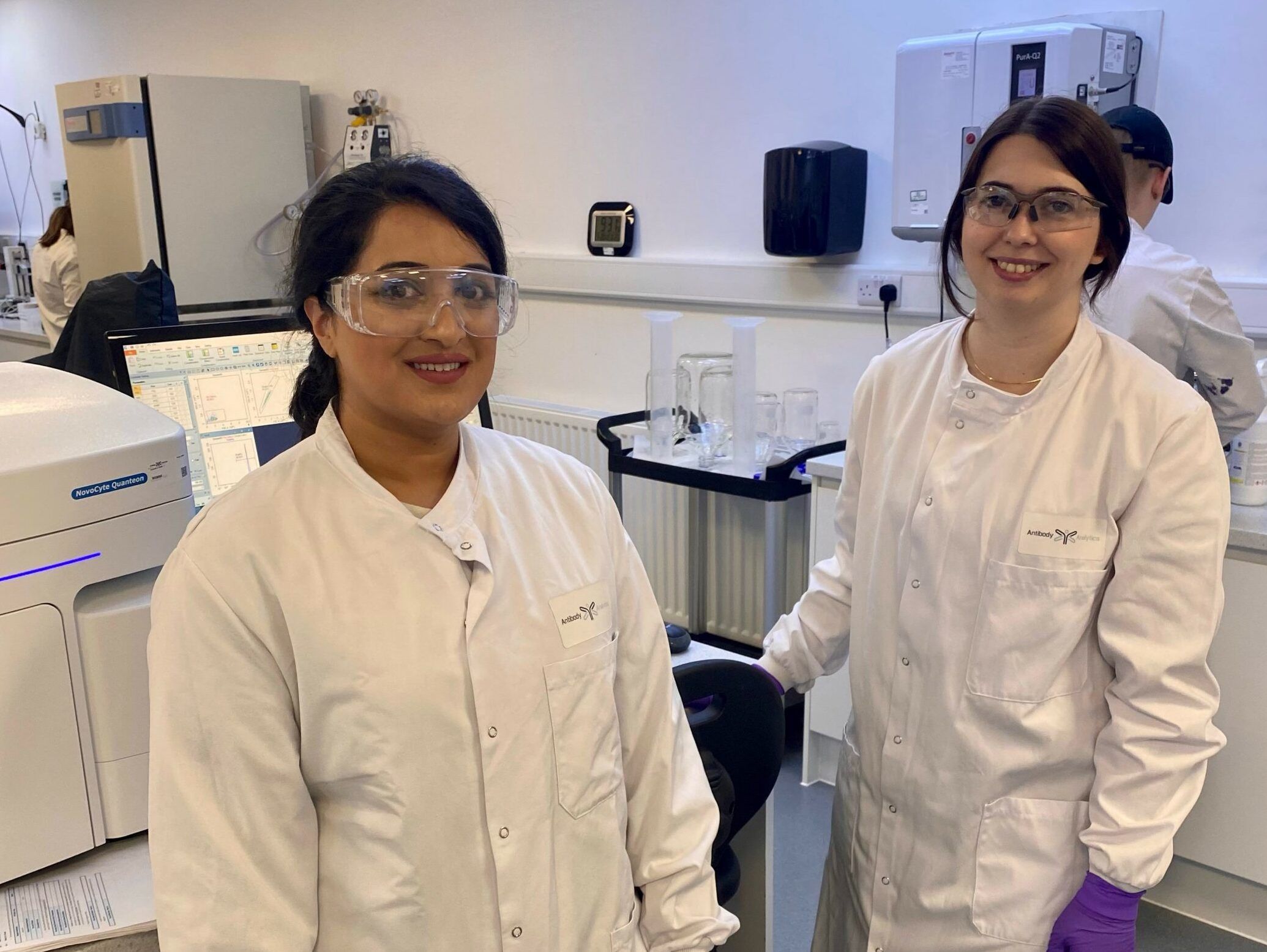 We’re always happy to offer a helping hand to the rising stars of the future and we recently welcomed Ambar Ramzan to the team on a 12-week placement, as part of her MSc in Precision Medicine and Pharmacological Innovation. “I completed my Master of Pharmacy in 2016 but after working in pharmacy for five years … 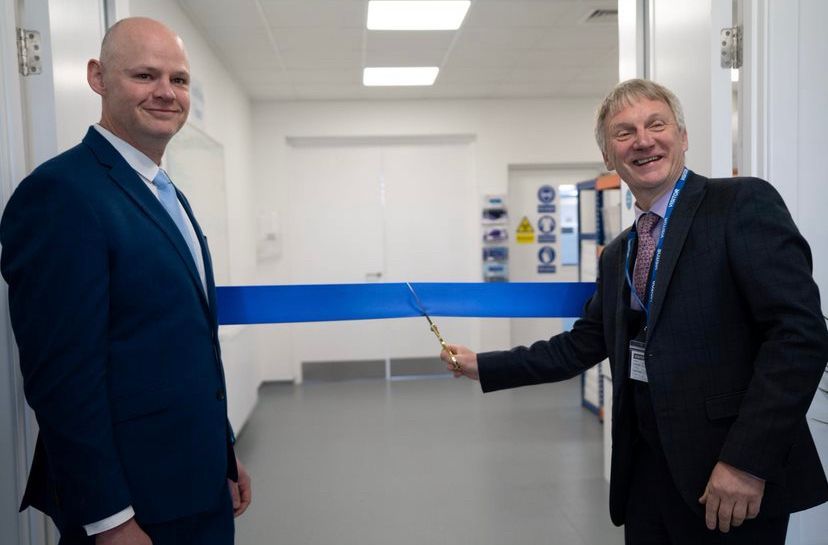 A new Discovery Centre dedicated to the advancement of medical research and drug development opened its doors in Motherwell as part of a major expansion by a leading health sciences company. The unveiling of the new Antibody Analytics Discovery Centre, funded in part with support from Scottish Enterprise, will act as the springboard for the… 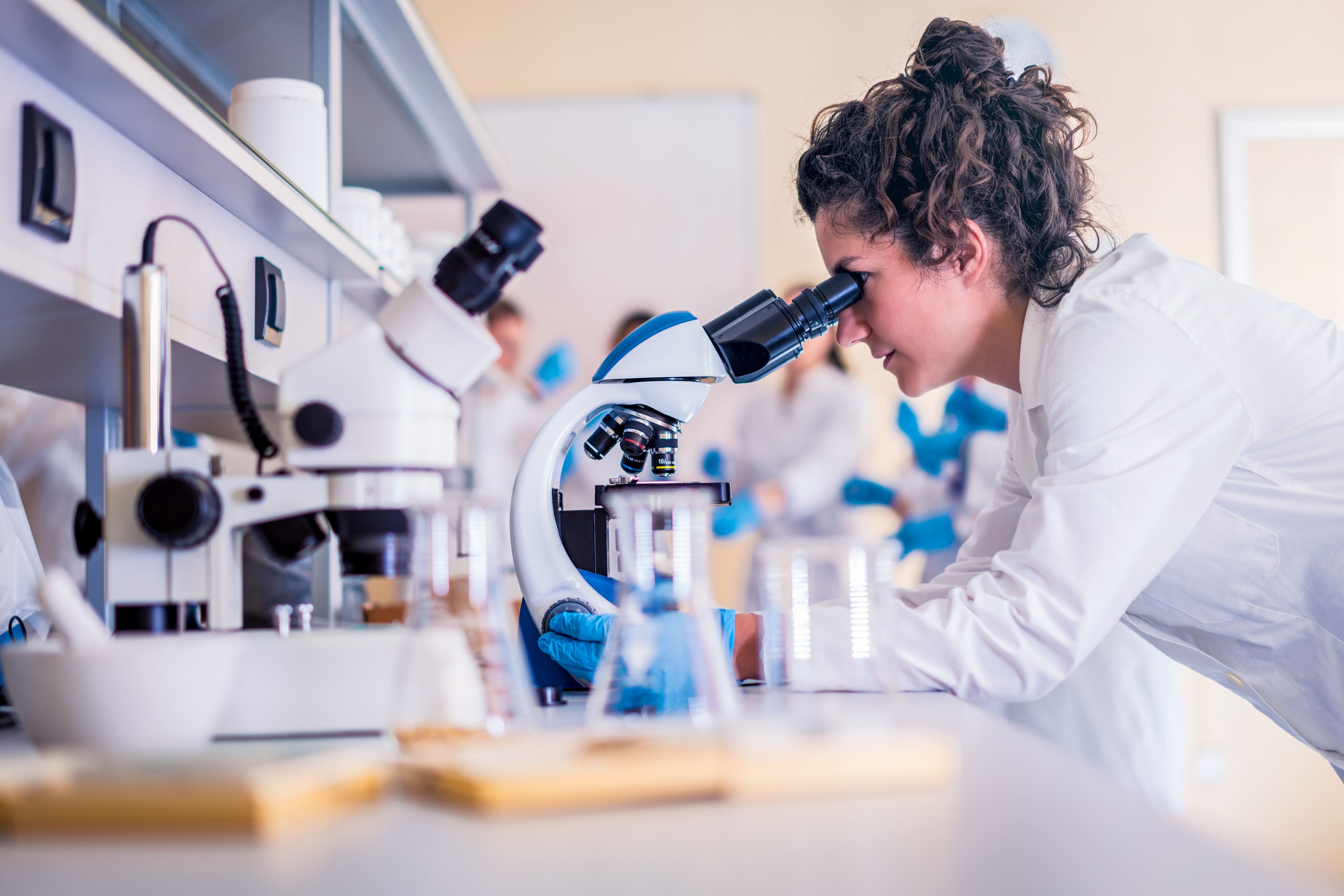 The 11th of March 2022 marks the start of British Science Week, a ten-day celebration of science, technology, engineering, and maths (STEM). This year, the theme is ‘growth,’ so it's only fitting that we take you on a journey from the bench to the bedside and beyond.